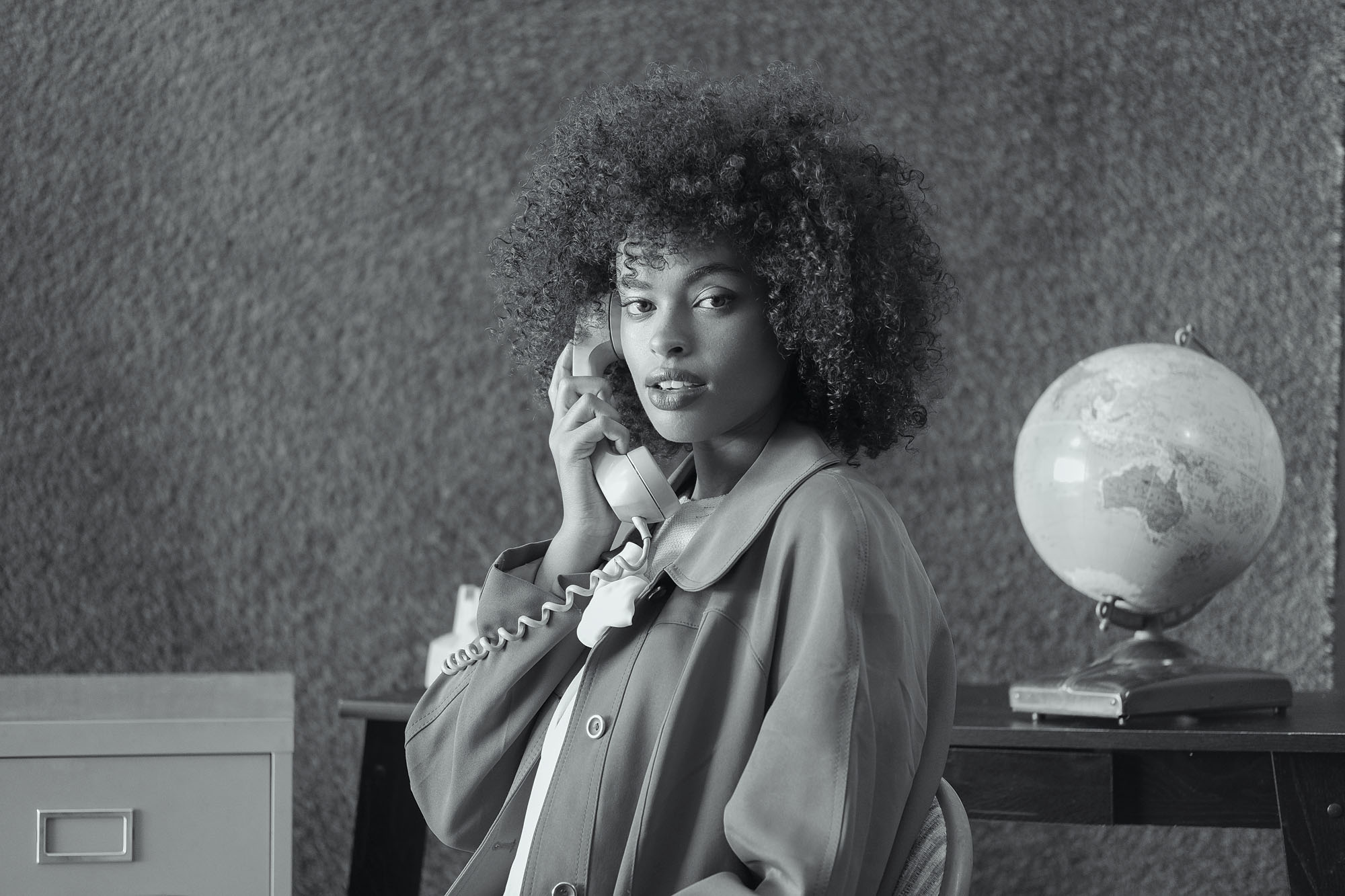 Emmanuel Akinnitire is a photographer and cinematographer based in Los Angeles and has been creating images from an early age. His passion for image making and storytelling has brought him through a variety of different projects that have touched every genre from fashion photography to narrative film.

When asked why he makes images, there’s no doubt for Emmanuel Akinnitire. “It’s a simple answer,” he says, “I love taking pictures because it’s fun and fulfilling.”

For him, this comes from being flexible enough to find the beauty in any situation and let his creativity guide him. Of course, his commercial and studio work will always be based around a creative vision, but it’s the ability to change direction on the fly and make the most of any situation that he loves.

It all began when he was at school. “It was very fulfilling, just seeing what kind of images I was going to get that day,” he recalls. “And school, you know, it’s an ever-changing landscape; no day is the same despite the schedule you’re on.”

When his excitement about the unknown was combined with the opportunity to connect with people and explore the world around him, Emmanuel was sold. “I’m constantly able to meet new people and get to see what they’re passionate about. I love that process, and everyone you meet is going to give you a different story,” he explains. “Photography has definitely given me opportunities to escape a shell and get out of my comfort zone.” His project with X-S10 was no different. Despite going into the session with a clear idea of what he wanted to achieve, Emmanuel already knew the space he was working in offered some great opportunities, so he kept an open mind.

“I love framing different emotions, so I thought it would be cool to do a mix of ideas in a mix of locations,” Emmanuel tells us. “I wanted a lot of space for us to play around. When I was doing my scouts, I chose a location with areas I thought we would 100% use for the session, but also other spaces that we could use if we felt the vibe was going that way.”

In the first setting, Emmanuel wanted to convey the variety of moods you can have at work.

“Sometimes you’re with your favorite coworker, you have a good schedule, there’s not that many customers and you get to goof around and have a great time,” he explains. “But there’s also times where you’re slammed, customers are giving you a hard time and your boss is on you, so you’re not necessarily feeling as good.”

While working on this first session, Emmanuel became aware of a second area with a motorcycle that could be used as a prop. “It looked really cool and my stylist happened to have this jumpsuit that had a bunch of paint splattered on it. And I thought it would be kind of cool to combine that with the motorcycle as almost a cyberpunk-looking shoot.” Emmanuel tells us that X-S10 is user friendly and was the perfect tool for this organic way of working, “I want my camera to allow me to focus on creating. I don’t want to be looking through my menus, fiddling with my camera to make it do what I want it to do,” he explains. “I really liked that X-S10 made it easy for me to do my job.”

One big aspect of this was the quality of the files that the 26.1MP X-Trans CMOS 4 sensor can produce, along with the unique Film Simulation modes that are exclusive to FUJIFILM cameras. For this project, Emmanuel was using MONOCHROME+G FILTER, which enhances skin tones in an image.

“It’s honestly amazing how little post-processing I had to do on the majority of my images, because of how good they looked straight out of the camera,” he reveals. “I really like the Film Simulations. With other cameras that have them, they’re kind of basic and are not necessarily something you’d use professionally. But I was able to essentially use MONOCHROME+G FILTER the entire session and it worked for all the different lighting scenarios I put it with.” Emmanuel also praised X-S10’s lightweight body and fast, accurate autofocus as aspects of the camera that really allowed him to be creative.

“I can almost hold the camera with one finger, that’s how light it is. And that made it so much easier to frame up for shots. I was also blown away by how fast it was able to focus. I don’t think I got one shot out of focus, which was honestly amazing,” says Emmanuel.

Another feature that added to this freedom was X-S10’s five-axis in-body image stabilization (IBIS), especially when utilizing the full focal range of the XF55-200mm lens. “I took some shots around 150mm and more towards 200mm, and with the speed and level of movement in the session, having the IBIS definitely saved some images.” Overall, Emmanuel’s view of X-S10 is that it is a camera that can adapt to any genre and any skill level, and produce professional-quality results. But most of all, it lets you relax and enjoy the process.

“I think you can just float with this camera and focus on making images, so I’d recommend it to people who do portrait work, people who do event work, and anyone who just loves photography in general,” he says. “I think X-S10 definitely makes you fall in love with photography.”

Find out more about Emmanuel’s creative process in this exclusive behind-the-scenes video!