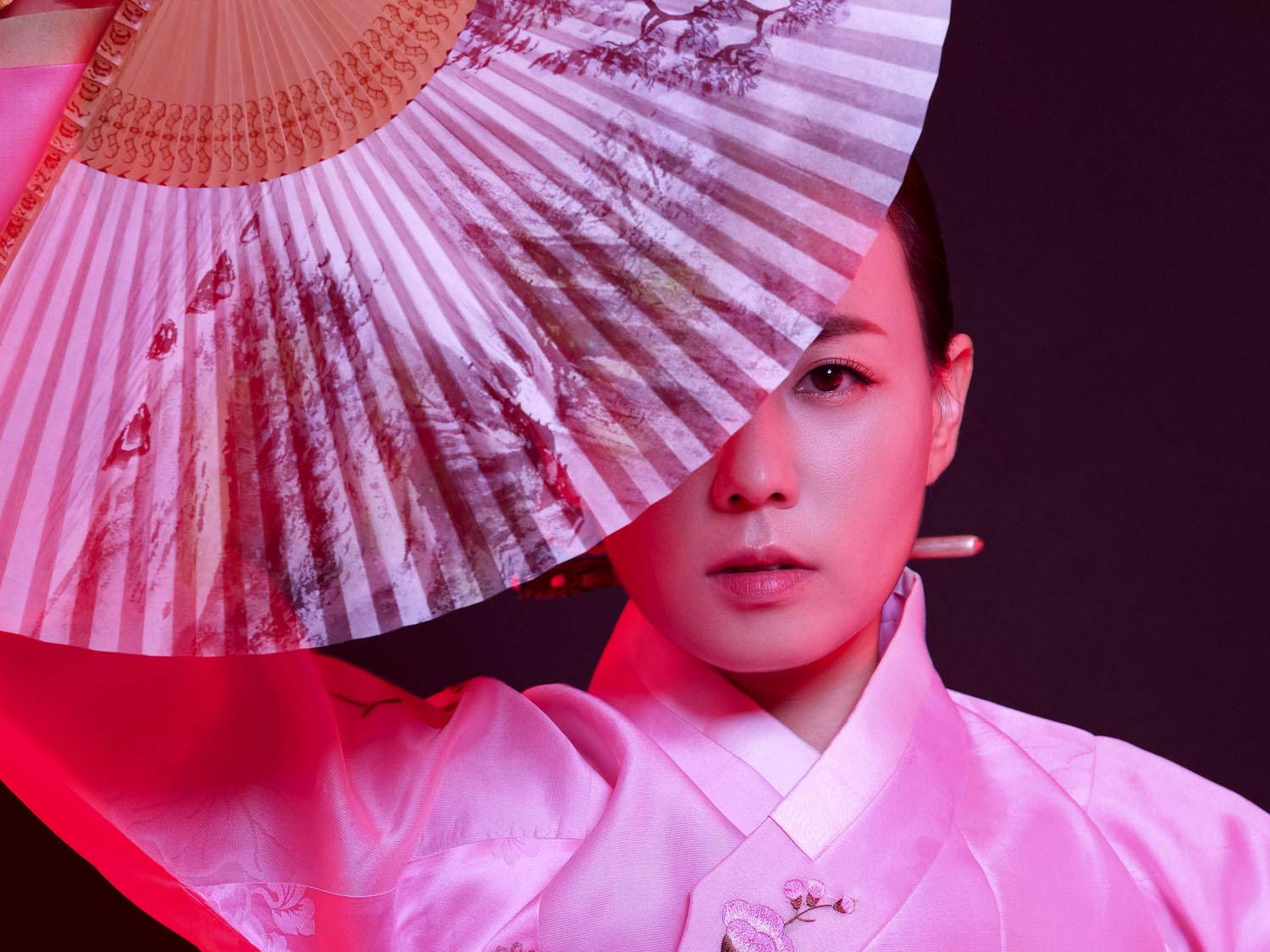 ROH SEUNGHWAN is an artist who works in photography and graphic design. He has a strong point in graphic design using photography, and has many activities in various fields such as posters for various performances and working on album covers. Based on his unique history of majoring in Korean literature and joining the National Theater in 2006 and working on performance-related planning, he has a high overall understanding of performances, which creates a wide variety of works that organically cross each field.

Photography, the beauty of capturing each moment and being fully immersed in those moments together

Hello. I am ROH SEUNG HWAN, a music photographer. I photograph live performances, album covers, performance posters, etc., and design them myself. I record moments, and create works of art with those moments. Recently, I have been particularly interested in cultures that are unique to Korea and the traditions of Korea, and have been working to reinforce such images through photography.

To me, ‘recording’ – the true meaning of photography – is the fundamental of photography and I approach my work based on this belief. I hold to my belief that the work of capturing music, a temporal art that fleets with time, in the form of a still image should capture the moments of passion in a single frame and needs a high level of tension in particular. I find myself in a standby position where I do not dare advert my eyes off the subject even for a split second, knowing that I need to capture the scene by pressing the shutter at that very moment that may never come back. And no other pleasure can be compared to the exhilaration of having captured a moment I can be proud of at the end of investing hours of perseverance.

Fujifilm GFX50S was the first medium format digital camera I used after starting photography and moving away from full frame cameras. Five whole years have passed since I began my journey with GFX, which I had initially picked up to get a glimpse of the beauty of its high resolution and large format. It has now become my best friend in my work and a great assistant that helps me to solely focus on photography.

Most photographers generally do not use medium format cameras for live performances, except in special cases. This is because they are heavier and have slower autofocus (AF) speeds in comparison to DSLR cameras, which make it difficult to capture instantaneous moments. However, those preconceived notions have been shattered thanks to the GFX series. Now, I take my GFX along to every live performance I shoot. As the performance starts and I begin shooting, GFX precisely captures the pace of the moments to the point it makes me think: “This camera is no like others.”  In particular, the recently released GFX50S II boasts highly improved operating speed and low light autofocus speed in comparison to the previous 50S and 50R, allowing me to capture even more remarkable moments and create better results in turn.

I have shot live performances and worked on some artwork using the new GFX50S II and I felt the same kind of joy I had felt when I used my GFX medium format camera for the first time five years ago, but with improvements. The GFX50S II is much slimmer than the first generation, comes with slightly more ergonomic buttons and in-body image stabilization (IBIS) for up to six stops, which help with minimizing blurs when shooting in dark concert halls. The high resolution suitable for working has been of great help to my work process. Photography is the best means to record moments to remember them and share the stories captured within them. As such, photography has become an integral element of the music genre. Over the course of creating images according to the music I listen to or capturing fleeting moments in new stage performances, the GFX series has always presented itself as the best experience possible, allowing me to focus on photography and has become my companion for many projects.

This is why I recommend GFX50S II as your first medium format camera to record your story.