A clip-on flash offering a powerful output which also allows wireless controls are now ready to support our customers. In addition to and with the combination of its cameras and lenses, the EF-60 will assist GFX/X series customers to challenge broadening their creative works using lights.

Powerful and multiple functions packed in a compact body

This clip-on flash offers powerful output with the maximum Guide Number of 60 (ISO100·m and flash coverage setting at 200mm) despite its compact form factor. It is portable yet delivers ample output, making it easy to accommodate any shooting conditions.
Its head can be manually adjusted by 90 degrees upward or by 180 degrees either left or right so that flash light can be bounced off a wall or ceiling to cast natural light and avoid harsh shadows.

The flash coverage ranges from 24mm to 200mm*1 and can be extended to approx. 16mm*1 when the built-in diffuser is used. It also features the Auto Zoom function, which adjusts its coverage according to the angle of view of the mounted lens. The function prevents light fall-off at edges and insufficient overall illumination, while achieving light distribution in line with flash coverage to mitigate excess output.

The EF-60 supports the TTL mode for automatically attaining the optimum exposure as well as the Manual mode that allows users to manually adjust output.

It also supports FP High-Speed Sync, allowing flash synchronization at a shutter speed as fast as 1/8000 sec., which is faster than a camera’s flash sync speed. This gives greater freedom in flash photography, for example, facilitating daylight sync with the aperture wide open.

Hybrid. Triggers with both radio controlled and optical wireless communication

The EF-60 has a built-in receiver for the radio controlled wireless communications system called NAS (Nissin Air System)*2, and can fire as a remote flash when combined with the FUJIFILM Wireless Commander EF-W1, to be released at the same time, or the Nissin Air10s*3. This allows you to place this flash anywhere, even in daylight outdoors or in a location with obstacles blocking line-of-sight.

The EF-60 also features the optical wireless mode to support remote trigger in optical communications, using the FUJIFILM EF-X500 as the commander unit*4. This enables the establishment of a stable wireless system even in conditions with less-than-desirable radio environment. 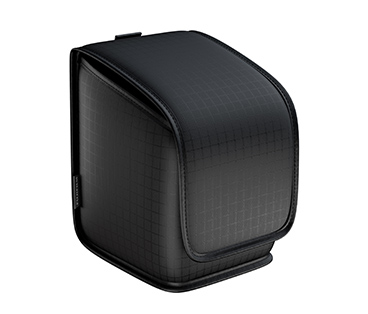 *3 Nissin Air10s is a product of Nissin Digital

*4 Upgrading the camera firmware is required to support EF-X500 link.
The firmware will be available model by model from September 2020.

*5 Depending on the shooting conditions, the setting value may not be reflected because it exceeds the adjustable range.