Add Some Vintage Cool by Adapting an Older Lens

Sometimes you want the benefits of your modern FUJIFILM camera with the vintage look of older lenses. Christopher Gilbert explains how he makes the most of lens adaptation

Since the launch of the FUJIFILM X-Pro1 in 2012, Fujifilm has reinforced the idea of working with what you’ve got. There were three lenses launched at the same time – the XF18mmF2 R, XF35mmF1.4 R, XF60mmF2.4 R Macro – and, incredibly, Fujifilm also introduced an M Mount Adapter, which allowed you to use your existing M lenses with various digital image corrections for vignetting, distortion, and color shift. This gave me the opportunity to combine my favorite ‘vintage’ lenses with my favorite FUJIFILM Film Simulation modes and recreate a look and feel that I stashed away long ago in an old camera bag.

Adapting lenses to different mounts isn’t anything new – when autofocus was developed, some manufacturers had to completely change their mount to support the added electronics, for example, image stabilization and lens data. Manufacturers developed adapters that would serve as a tool for the transitionary period as their new lens road map developed.

Another reason for lens adaptation is lens envy – the lens that claims to be the essential buy for a certain type of photography always strained a photographer’s pocket books and left them scratching their head thinking, “How do I get this thing to work with my camera?” So, in this article, I will talk about my experience with FUJIFILM X-T4, the M Mount Adapter, and the MCEX-11/MCEX-16 Macro Extension Tubes.

For me, I’m looking for a variety of characteristics in a lens:  what do the out of focus areas look like? Does vignetting add or take away from my image? What kind of coatings does the lens have? Is there a large amount of reflection throughout the barrel of the lens? Is it sharp, what is the cost?

I personally look for essential focal lengths that are either missing from my lineup or are known to have a characteristic I wanted. I’m willing to double up on focal lengths (say a 90mm F2 and a 90mm F4 macro) if it means I can have two different characteristics. The reason I’m looking at vintage lenses is because they typically have an aperture ring on them, so it makes it easier to use on any given system with an inexpensive adapter. It’s basically a metal ring that transfers the mount and is the specific width to fill the area where the mirror was on a SLR. Make sure you also set your camera to shoot without lens, since there won’t be any electronics pass-through.

Digital lenses are an entirely different story – if the aperture on the lens is digitally controlled, then you need a smart adapter to have full functionality of the lens. This means the smart adapter also has the potential to allow autofocus, extended imaging stability options, and pass info to be baked into the metadata.

Before shooting for the first time, I go through all my lenses, adding them to the list under Mount Adapter Setting in the X-T4 menu. Some of these will be obvious – I enter the focal length and create a lens name. I don’t enter the entire name – usually just enough to indicate the lens ‘line’, for example, Nokton, Color-Skopar. On X-T4, the touchscreen works as a keyboard

Afterwards, I continue with the lengthier portion of the setup – I attach my X-T4 camera to a tripod with the camera facing a neutral background (typically a gray or white wall). Color Shading Correction and Peripheral Illumination Correction are my next steps. Using my gray wall as a backdrop, I have a better ability to see how much natural vignetting there is in the lens. You can change this to taste, and there’s no right or wrong. I usually change it when I’m at the lens’ widest aperture and leave a little vignette to lead the eye in naturally. Color Shading Correction allows for me to reduce the color shift on the corners of any lens I’m using. Surprisingly, I don’t have to adjust this too often. One of my lenses does have a green color cast in the bottom left-hand corner. If the shading isn’t obvious, I turn on the Velvia Film Simulation mode and adjust the Color to +4, so any color is ridiculously saturated. This helps me at the very least to identify which corner is being affected. When I’m finished, I just put Color back to 0 – all of this is happening while my camera is still pointed at the wall.

The most complicated option of the setup is Lens Distortion Correction, which isn’t that complicated after you get the hang of it, and which will correct your image if it’s bowing in (Pincushion) or out (Barrel). I usually go outside and use my neighbor’s brick wall. Once again, using a tripod, I point my X-T4 at the wall and look at the horizontal lines to see if they are misshapen. Keep in mind that if you select any of the Barrel options, X-T4 is going to apply a pincushioning effect, basically making those lines more concave. Vice versa, by adding Pincushion, X-T4 is going to make straight lines more convex, depending on the strength you choose.

After I finish, I rinse and repeat. In total this might take me 30 minutes for the five lenses that I own, and after that I pretty much forget about the settings I’ve made, unless I’m out creating and I notice something that wasn’t visible before. I recommend adding the Mount Adapter Setting option to your X-T4’s My Menu – if you’re using the M Mount Adapter, you can just press the button on the adapter and it’ll bring you right to the menu. This allows you to get to the different lens options without having to deeply dive into the menu every time you switch out a lens.

The caveat to all this is that now, with X-T4, you’ll have the best in-body image stabilization (IBIS) system in the X Series, rated to have 6.5 stops worth of image stabilization with 18 of Fujifilm’s native lenses, which is very impressive. I’ve been able to handhold the XF56mmF1.2 R for almost a second, which is mind-blowing in my book, since I drink more than my fair share of coffee! As far as knowing how many stops of stabilization there will be on a non-native lens, it’s not consistently measurable – there are too many variables (such as image circle of the lens and which adapter you’re using) that come into play to give it a definitive number. I’ve found the best way to guess is to take your own shots and determine what feels comfortable to you. For me, I tend to use wider focal lengths in my image-making style, so I’m able to get some lengthy exposures with minimal camera shake. Obviously, this doesn’t compensate for the movement of the subject, but it’s nice to know I can handhold for a long exposure if I’m trying to show movement in my image. We can assume there are, at the very least, five stops worth of stabilization, but at the wider end I feel there is a little more than that, based on my time with X-T4.

We all know that FUJIFILM X Series cameras use an APS-C format, which means the lenses you use will have a 1.5x crop in terms of field of view. Just anticipate whichever lens you put on will have a field of view reduction – it’s not a problem unless you’re trying to frame ultra wide. You probably already knew this, but I wanted to reiterate for those without the IBIS feature that you’ll need to compensate for the change when you’re gauging what the minimum shutter speed you want to use is.

For shooting, I personally like to set up my X-T4 to the Dual Display option. This displays the overall image on one side (right or left, you can choose) and a magnified view on the other. Also, whatever MF Assist tool you are using will be displayed in the magnified view. I absolutely love this, as I’m able to see the entire screen without any disturbance, and wherever I move my focus point it will show a larger version with focus peaking.

Tip: If you are using manual focus on your X Series camera, you can generally cycle through the various MF Assist tools by pressing in and holding the rear command dial for three seconds, although this may not be applicable on all models.

X-Acquire is a tethering software that Fujifilm provides for free, which allows users to either tether wired or wirelessly. What I find most helpful is that X-Acquire allows you to save your custom setup (including function buttons/Q Menu options/Mount Adapter Settings etc). After taking the time to set up your lenses in the Mount Adapter Setting, I highly recommend saving your user data, just in case something happens. In all likelihood, it’ll never be erased, but if you have multiples of the same camera, this will save you hours of having to re-input and remember all the settings you want to transfer.

In fact, I spent the first bit after I received my X-T4 setting up multiple custom save files – one profile for using non-native lenses and another profile for when I am using FUJINON XF Lenses. I also have my X-T4 set up wirelessly to communicate with X-Acquire so I can load either of the backup camera setting files depending on what I’m doing, without much effort. It keeps me from having to remember what I changed or didn’t change and I’m less likely to put myself in a situation where I’m creating on an unexpected layout.

This really just scratches the surface, in terms of taking the past (that is, your lenses) and adding them to the present (FUJIFILM X-T4). The way the X Series cameras are set up with physical dials reminds me of the cameras I was using when I first got into photography. Everything is just there – no required diving into a menu, no having to find the instruction manual. I can literally just create. Yes, it may take time for you to orient yourself, but after that, it will all come naturally. Happy image-making! 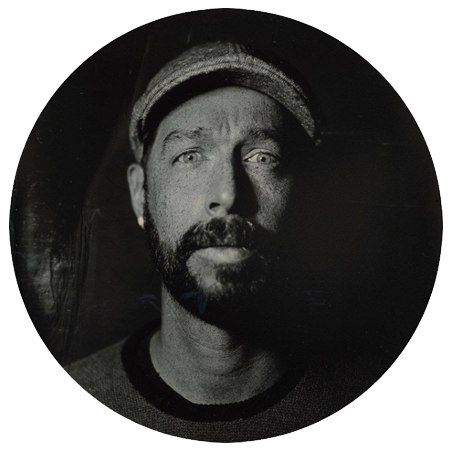 Christopher Gilbert is an educator in Visual Arts – specifically photography.